Later German form of Audo or Odo, originally a short form of various names beginning with the Germanic element aud meaning "wealth, fortune". This was the name of four kings of Germany, starting in the 10th century with Otto I, the first Holy Roman emperor, who was known as Otto the Great. This name was also borne by a 19th-century king of Greece who was originally from Bavaria. Another notable bearer was the German chancellor Otto von Bismarck (1815-1898). 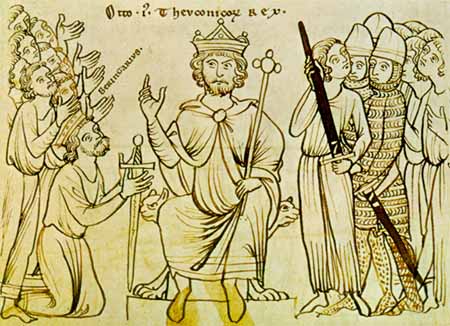 12th-century depiction of Otto the Great