Derived from Greek βάρβαρος (barbaros) meaning "foreign". According to legend, Saint Barbara was a young woman killed by her father Dioscorus, who was then killed by a bolt of lightning. She is the patron of architects, geologists, stonemasons and artillerymen. Because of her renown, the name came into general use in the Christian world in the Middle Ages. In England it became rare after the Protestant Reformation, but it was revived in the 19th century. 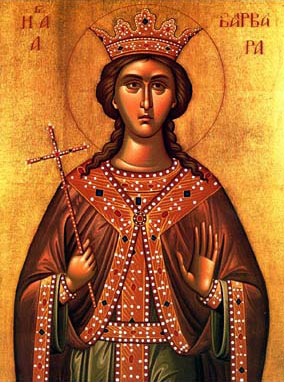