From the Greek name Κλεοπάτρα (Kleopatra) meaning "glory of the father", derived from κλέος (kleos) meaning "glory" combined with πατήρ (pater) meaning "father" (genitive πατρός). This was the name of queens of Egypt from the Ptolemaic royal family, including Cleopatra VII, the mistress of both Julius Caesar and Mark Antony. After being defeated by Augustus she committed suicide by allowing herself to be bitten by an asp. Shakespeare's tragedy Antony and Cleopatra (1606) tells the story of her life. 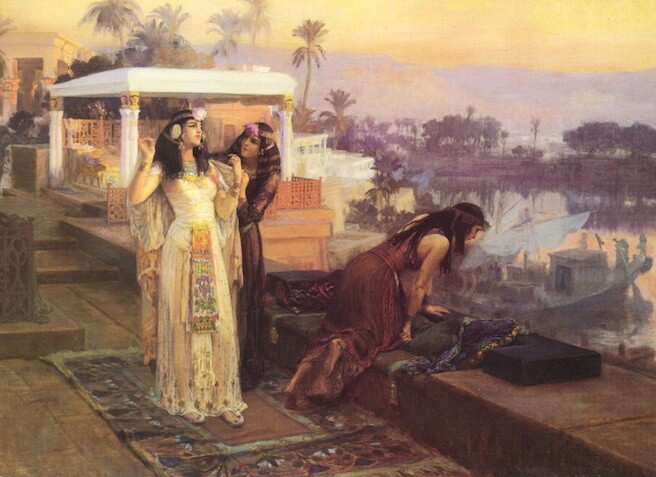 Cleopatra on the Terraces of Philae by Frederick Arthur Bridgman (1896)