From Old Norse Freyja meaning "lady". This was the name of the goddess of love, beauty, war and death in Norse mythology. She claimed half of the heroes who were slain in battle and brought them to her realm of Fólkvangr. Along with her brother Freyr and father Njord, she was one of the Vanir (as opposed to the Æsir). Some scholars connect her with the goddess Frigg.This is not the usual spelling in any of the Scandinavian languages (in Sweden and Denmark it is Freja and in Norway it is Frøja) but it is the common spelling of the goddess's name in English. In the 2000s it became popular in Britain. 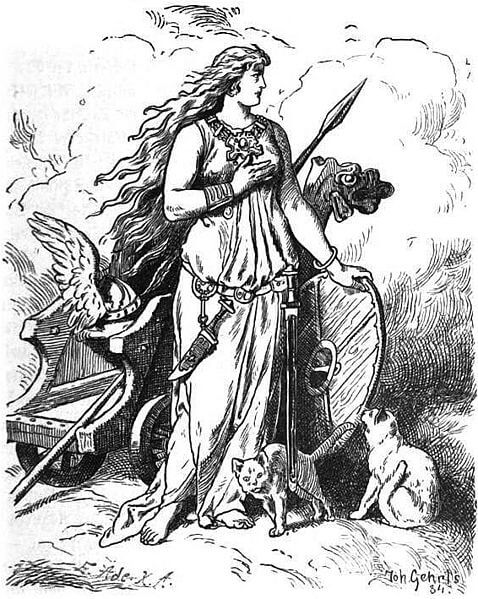 Depiction of the goddess Freya by Johannes Gehrts (1901)