Medieval Occitan form of ELIZABETH. It spread throughout Spain, Portugal and France, becoming common among the royalty by the 12th century. It grew popular in England in the 13th century after Isabella of Angoulême married the English king John, and it was subsequently bolstered when Isabella of France married Edward II the following century.This is the usual form of the name Elizabeth in Spain and Portugal, though elsewhere it is considered a parallel name, such as in France where it is used alongside Élisabeth. The name was borne by two Spanish ruling queens, including Isabel of Castile, who sponsored the explorations of Christopher Columbus. 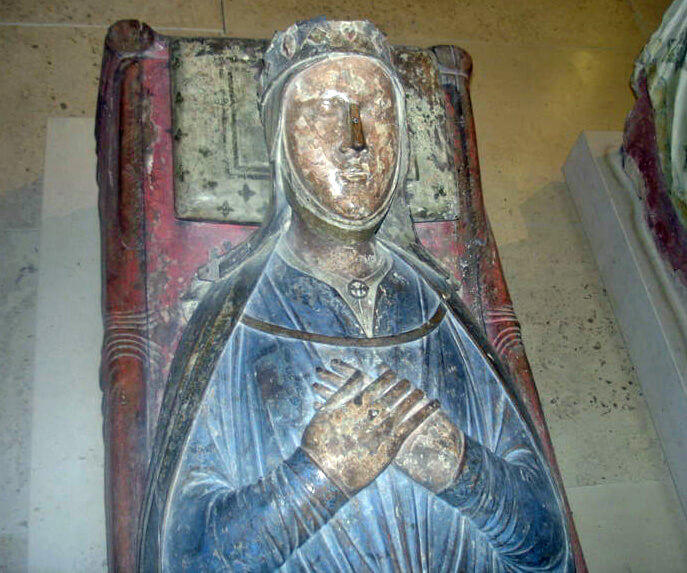 Tomb of Isabella of Angoulême in Fontevraud Abbey