From Ἐλισάβετ (Elisabet), the Greek form of the Hebrew name אֱלִישֶׁבַע ('Elisheva') meaning "my God is an oath", derived from the roots אֵל ('el) referring to the Hebrew God and שָׁבַע (shava') meaning "oath". The Hebrew form appears in the Old Testament where Elisheba is the wife of Aaron, while the Greek form appears in the New Testament where Elizabeth is the mother of John the Baptist.Among Christians, this name was originally more common in Eastern Europe. It was borne in the 12th century by Saint Elizabeth of Hungary, a daughter of King Andrew II who used her wealth to help the poor. In medieval England it was occasionally used in honour of the saint, though the form Isabel (from Occitan and Spanish) was more common. It has been very popular in England since the reign of Queen Elizabeth I in the 16th century. In American name statistics (as recorded since 1880) it has never ranked lower than 30, making it the most consistently popular name for girls in the United States.Besides Elizabeth I, this name has been borne (in various spellings) by many other European royals, including a ruling empress of Russia in the 18th century. Famous modern bearers include the British queen Elizabeth II (1926-) and actress Elizabeth Taylor (1932-2011). 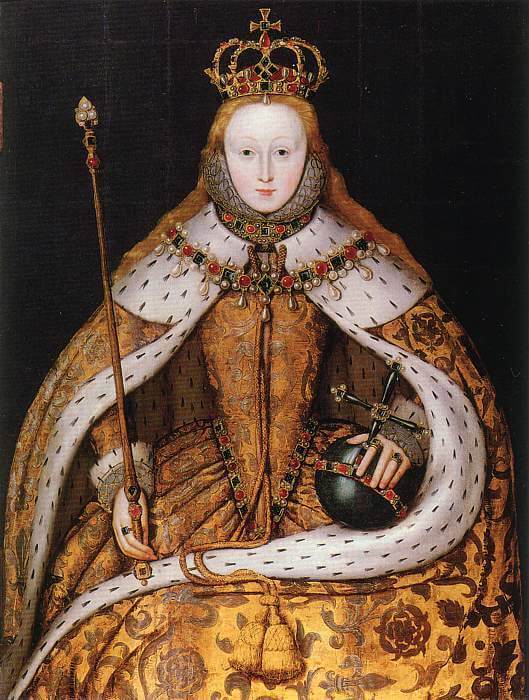 Queen Elizabeth I of England 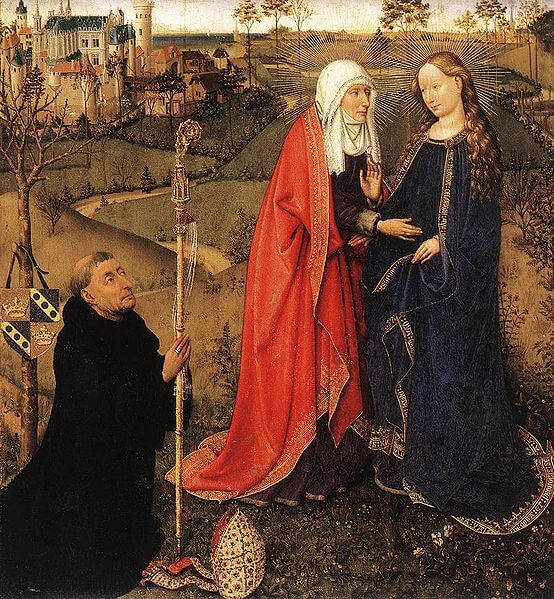 The Visitation by Daret (1435), with Saint Elizabeth in the center