From the Hebrew name יְהוּדִית (Yehudit) meaning "Jewish woman", feminine of יְהוּדִי (yehudi), ultimately referring to a person from the tribe of Judah. In the Old Testament Judith is one of the Hittite wives of Esau. This is also the name of the main character of the apocryphal Book of Judith. She killed Holofernes, an invading Assyrian commander, by beheading him in his sleep.As an English name it did not become common until after the Protestant Reformation, despite a handful of early examples during the Middle Ages. It was however used earlier on the European continent, being borne by several European royals, such as the 9th-century Judith of Bavaria. 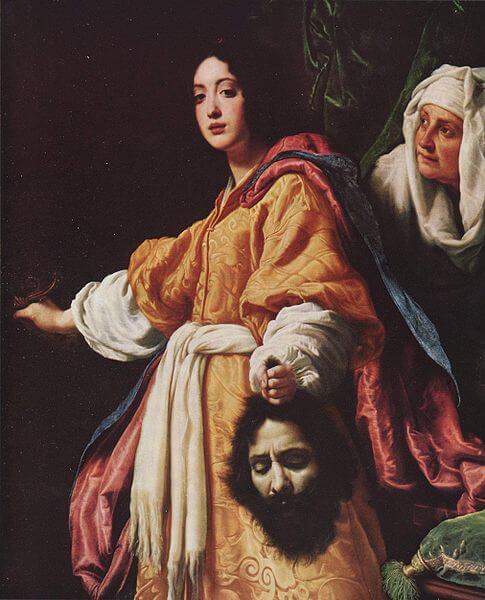 Judith with the Head of Holophernes by Cristofano Allori (1613)