Derived from Latin leo meaning "lion", a cognate of Leon. It was popular among early Christians and was the name of 13 popes, including Saint Leo the Great who asserted the dominance of the Roman bishops (the popes) over all others in the 5th century. It was also borne by six Byzantine emperors and five Armenian kings. Another famous bearer was Leo Tolstoy (1828-1910), a Russian novelist whose works include War and Peace and Anna Karenina. Leo is also the name of a constellation and the fifth sign of the zodiac. 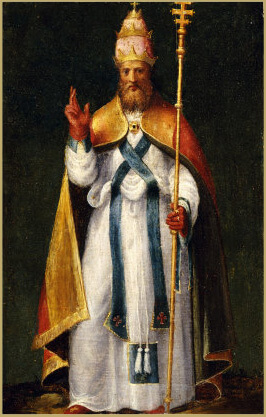 Depiction of Saint Leo the Great by Bernardino Campi