From the Roman name Mauritius, a derivative of MAURUS. Saint Maurice was a 3rd-century Roman soldier from Egypt. He and the other Christians in his legion were supposedly massacred on the orders of Emperor Maximian for refusing to worship Roman gods. Thus, he is the patron saint of infantry soldiers.This name was borne by a 6th-century Byzantine emperor. Another notable bearer was Maurice of Nassau (called Maurits in Dutch), a 17th-century prince of Orange who helped establish the Dutch Republic. The name has been used in England since the Norman Conquest, usually in the spelling Morris or Moris. 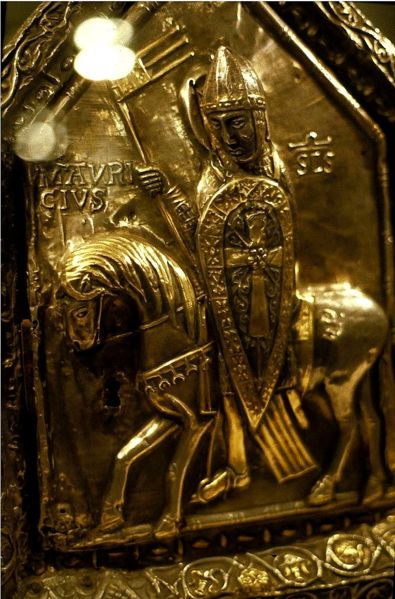 Depiction of Saint Maurice from a shrine in Saint-Maurice, Switzerland ©