From the Hebrew name מִיכָאֵל (Mikha'el) meaning "who is like God?". This is a rhetorical question, implying no person is like God. Michael is one of the archangels in Hebrew tradition and the only one identified as an archangel in the Bible. In the Book of Daniel in the Old Testament he is named as a protector of Israel. In the Book of Revelation in the New Testament he is portrayed as the leader of heaven's armies in the war against Satan, and is thus considered the patron saint of soldiers in Christianity.The popularity of the saint led to the name being used by nine Byzantine emperors, including Michael VIII Palaeologus who restored the empire in the 13th century. It has been common in Western Europe since the Middle Ages, and in England since the 12th century. It has been borne (in various spellings) by rulers of Russia (spelled Михаил), Romania (Mihai), Poland (Michał), and Portugal (Miguel).In the United States, this name rapidly gained popularity beginning in the 1930s, eventually becoming the most popular male name from 1954 to 1998. However, it was not as overwhelmingly common in the United Kingdom, where it never reached the top spot.Famous bearers of this name include the British chemist/physicist Michael Faraday (1791-1867), musician Michael Jackson (1958-2009), and basketball player Michael Jordan (1963-). 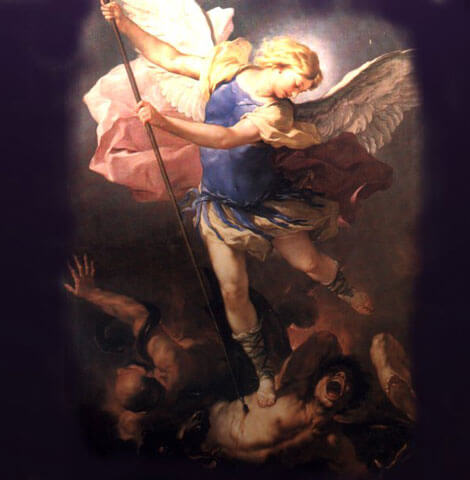