From the Latin name Patricius, which meant "nobleman". This name was adopted in the 5th-century by Saint Patrick, whose birth name was Sucat. He was a Romanized Briton who was captured and enslaved in his youth by Irish raiders. After six years of servitude he escaped home, but he eventually became a bishop and went back to Ireland as a missionary. He is traditionally credited with Christianizing the island, and is regarded as Ireland's patron saint.In England and elsewhere in Europe during the Middle Ages this name was used in honour of the saint. However, it was not generally given in Ireland before the 17th century because it was considered too sacred for everyday use. It has since become very common there. 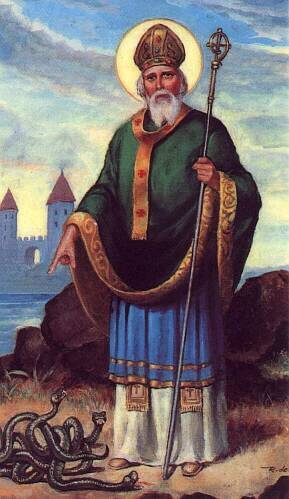