Possibly means "star" in Persian. Alternatively it could be a derivative of the name of the Near Eastern goddess ISHTAR. The Book of Esther in the Old Testament tells the story of Queen Esther, the Jewish wife of the king of Persia. The king's advisor Haman persuaded the king to exterminate all the Jews in the realm. Warned of this plot by her cousin Mordecai, Esther revealed her Jewish ancestry and convinced the king to execute Haman instead. Her original Hebrew name was Hadassah.This name has been used in the English-speaking world since the Protestant Reformation. In America it received a boost in popularity after the birth of Esther Cleveland (1893-1980), the daughter of President Grover Cleveland [1]. 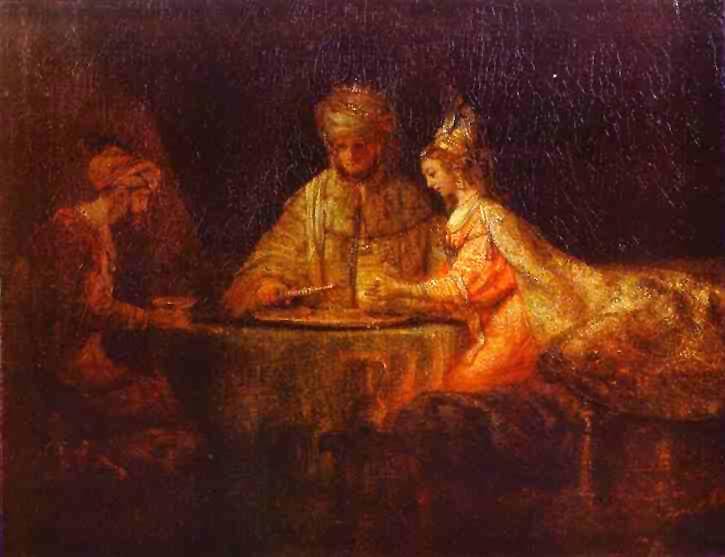 Ahasuerus and Haman at the Feast of Esther by Rembrandt (1660)