English form of the Late Latin name Franciscus meaning "Frenchman", ultimately from the Germanic tribe of the Franks, who were named for a type of spear that they used. This name was borne by the 13th-century Saint Francis of Assisi, who was originally named Giovanni but was given the nickname Francesco by his father, an admirer of the French. Francis went on to renounce his father's wealth and devote his life to the poor, founding the Franciscan order of friars. Later in his life he apparently received the stigmata.Due to the renown of the saint, this name became widespread in Western Europe during the Middle Ages. However, it was not regularly used in Britain until the 16th century. Famous bearers include Saint Francis Xavier (1506-1552), a missionary to East Asia, the philosopher and scientist Francis Bacon (1561-1626), and the explorer and admiral Sir Francis Drake (1540-1595).In the English-speaking world this name is occasionally used for girls, as a variant of the homophone Frances. 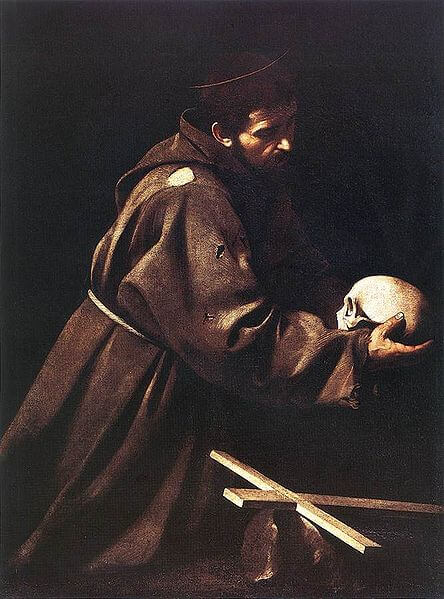 Saint Francis in Prayer by Caravaggio (1610)