From the Hebrew name אַהֲרֹן ('Aharon), which is most likely of unknown Egyptian origin. Other theories claim a Hebrew derivation, and suggest meanings such as "high mountain" or "exalted". In the Old Testament this name is borne by the older brother of Moses. He acted as a spokesman for his brother when they appealed to the pharaoh to release the Israelites from slavery. Aaron's rod produced miracles and plagues to intimidate the pharaoh. After the departure from Egypt and arrival at Mount Sinai, God installed Aaron as the first high priest of the Israelites and promised that his descendants would form the priesthood.As an English name, Aaron has been in use since the Protestant Reformation. This name was borne by the American politician Aaron Burr (1756-1836), notable for killing Alexander Hamilton in a duel. 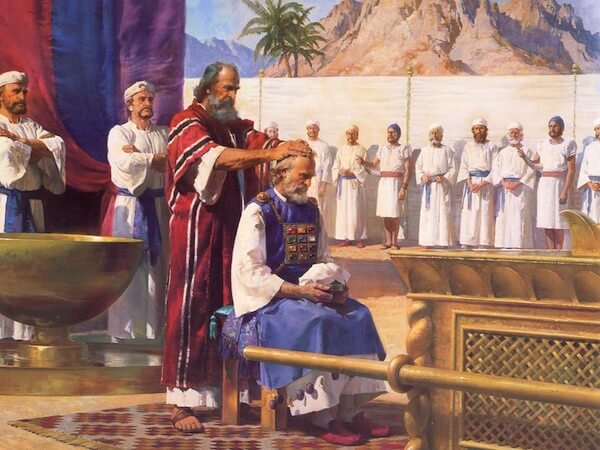