Derived from the Germanic element bern "bear" combined with hard "brave, hardy". The Normans brought it to England, where it replaced the Old English cognate Beornheard. This was the name of several saints, including Saint Bernard of Menthon who built hospices in the Swiss Alps in the 10th century, and Saint Bernard of Clairvaux, a 12th-century theologian and Doctor of the Church. Other famous bearers include the Irish playwright and essayist George Bernard Shaw (1856-1950) and the British World War II field marshal Bernard Montgomery (1887-1976). 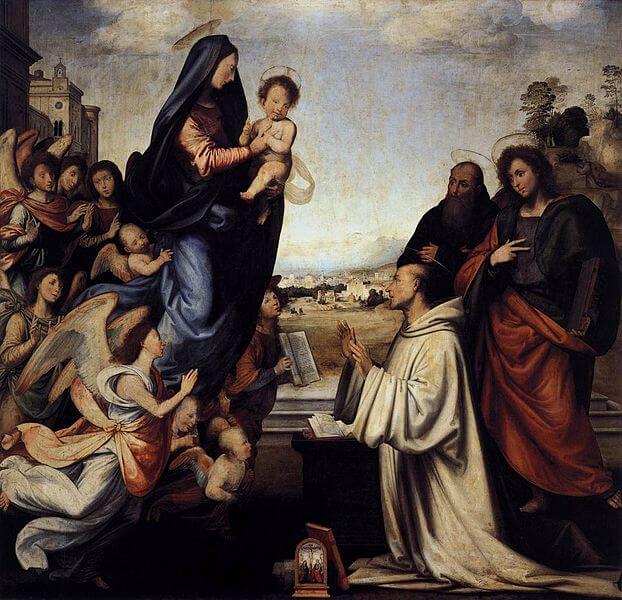 Vision of St Bernard (of Clairvaux) by Fra Bartolommeo (1504)