The origins of this name are uncertain, though some Celtic roots have been suggested. It is possible that the name is ultimately Germanic, perhaps from a hypothetic name like Ishild, composed of the elements is "ice, iron" and hild "battle".In medieval Arthurian legend Isolde was an Irish princess betrothed to King Mark of Cornwall. After accidentally drinking a love potion, she became the lover of his knight Tristan, which led to their tragic deaths. The story was popular during the Middle Ages and the name became relatively common in England at that time. It was rare by the 19th century, though some interest was generated by Richard Wagner's opera Tristan und Isolde (1865). 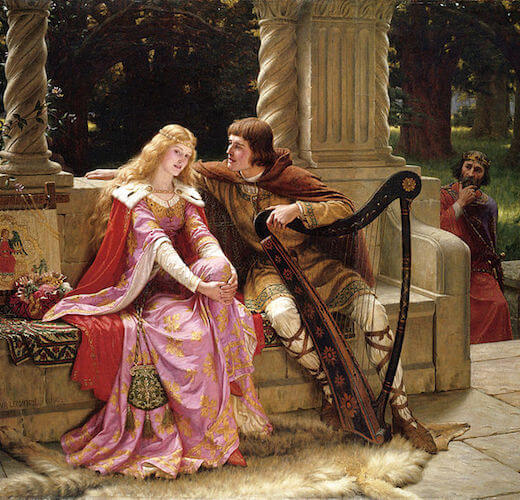 Tristan and Isolde in a painting by Edmund Leighton (1902) 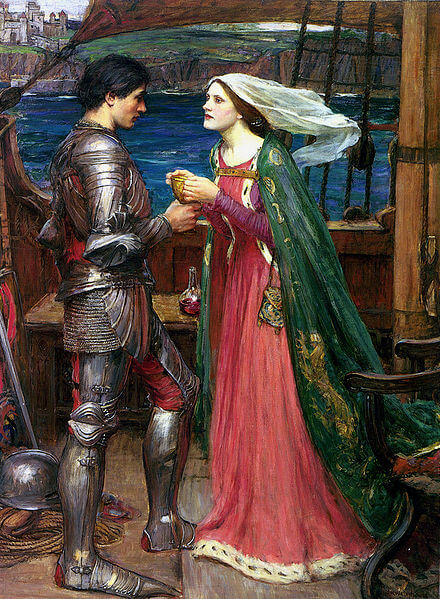