From the Hebrew name יִרְמְיָהוּ (Yirmiyahu) meaning "YAHWEH will exalt", from the roots רוּם (rum) meaning "to exalt" and יָה (yah) referring to the Hebrew God. This is the name of one of the major prophets of the Old Testament, the author of the Book of Jeremiah and the Book of Lamentations (supposedly). He lived to see the Babylonian destruction of Jerusalem in the 6th century BC.In England, though the vernacular form Jeremy had been occasionally used since the 13th century, the form Jeremiah was not common until after the Protestant Reformation. 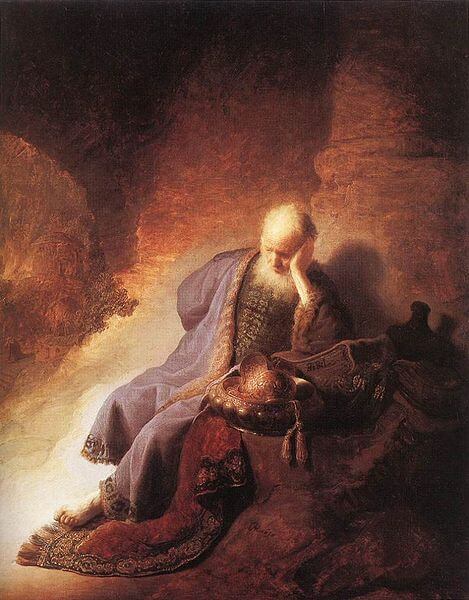 Jeremiah Lamenting the Destruction of Jerusalem by Rembrandt (1630)