From the Hebrew name יוֹנָה (Yonah) meaning "dove". This was the name of a prophet swallowed by a fish, as told in the Old Testament Book of Jonah. Jonah was commanded by God to preach in Nineveh, but instead fled by boat. After being caught in a storm, the other sailors threw Jonah overboard, at which point he was swallowed. He emerged from the fish alive and repentant three days later.Jonah's story was popular in the Middle Ages, and the Hellenized form Jonas was occasionally used in England. The form Jonah did not become common until after the Protestant Reformation. 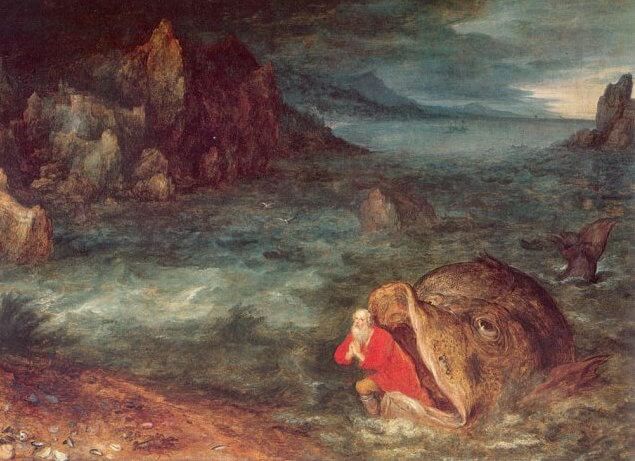 Jonah Leaving the Whale by Jan Brueghel the Elder (c. 1600)