From the Hebrew name נֹחַ (Noach) meaning "rest, repose", derived from the root נוּחַ (nuach). According to the Old Testament, Noah was the builder of the Ark that allowed him, his family, and animals of each species to survive the Great Flood. After the flood he received the sign of the rainbow as a covenant from God. He was the father of Shem, Ham and Japheth.As an English Christian name, Noah has been used since the Protestant Reformation, being common among the Puritans. In the United States it quickly increased in popularity beginning in the 1990s, eventually becoming the most popular name for boys between 2013 and 2016.A famous bearer was the American lexicographer Noah Webster (1758-1843). 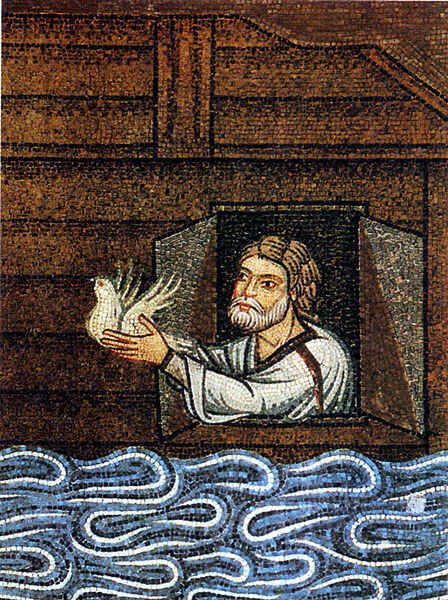