Means "elf counsel", derived from the Old English name Ælfræd, composed of the elements ælf "elf" and ræd "counsel". Alfred the Great was a 9th-century king of Wessex who fought unceasingly against the Danes living in northeast England. He was also a scholar, and he translated many Latin books into Old English. His fame helped to ensure the usage of this name even after the Norman Conquest, when most Old English names were replaced by Norman ones. It became rare by the end of the Middle Ages, but was revived in the 18th century.Famous bearers include the British poet Alfred Lord Tennyson (1809-1892), the Swedish inventor and Nobel Prize founder Alfred Nobel (1833-1896), and the British-American film director Alfred Hitchcock (1899-1980). 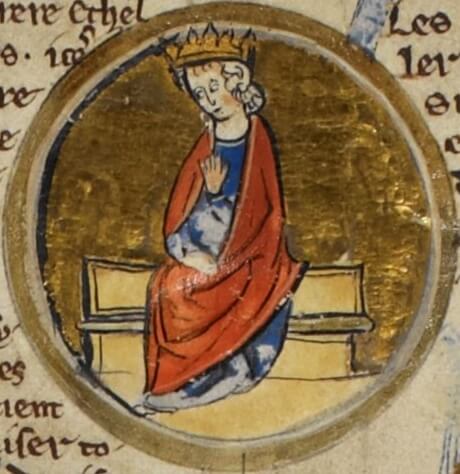 Alfred the Great in a 13th-century miniature