From Aramaic מַרְתָּא (marta') meaning "the lady, the mistress", feminine form of מַר (mar) meaning "master". In the New Testament this is the name of the sister of Lazarus and Mary of Bethany (who is sometimes identified with Mary Magdalene). She was a witness to Jesus restoring her dead brother to life.The name was not used in England until after the Protestant Reformation. A notable bearer was Martha Washington (1731-1802), the wife of the first American president George Washington. It is also borne by the media personality Martha Stewart (1941-). 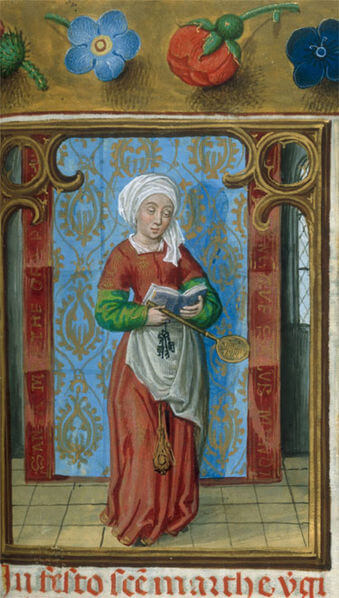 Depiction of Martha of Bethany (1497)