English form of the Late Latin name Iacomus, a variant of the Biblical Latin form Iacobus, from the Hebrew name Ya'aqov (see Jacob). This was the name of two apostles in the New Testament. The first was Saint James the Greater, the apostle John's brother, who was beheaded under Herod Agrippa in the Book of Acts. The second was James the Lesser, son of Alphaeus. Another James (known as James the Just) is also mentioned in the Bible as being the brother of Jesus.This name has been used in England since the 13th century, though it became more common in Scotland where it was borne by several kings. In the 17th century the Scottish king James VI inherited the English throne, becoming the first ruler of all Britain, and the name grew much more popular. In American name statistics (recorded since 1880) this name has never been out of the top 20, making it arguably the era's most consistently popular name. It was the top ranked name for boys in the United States from 1940 to 1952.Famous bearers include the English explorer Captain James Cook (1728-1779), the Scottish inventor James Watt (1736-1819), and the Irish novelist and poet James Joyce (1882-1941). This name has also been borne by six American presidents. A notable fictional bearer is the British spy James Bond, created by author Ian Fleming. 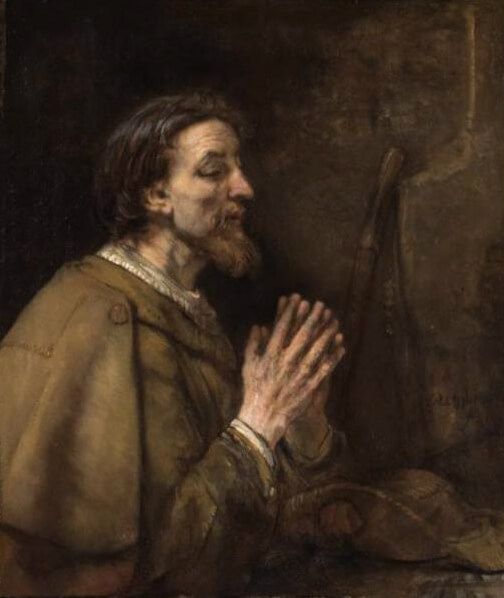 Saint James the Greater by Rembrandt (1661)