Feminine form of the Roman family name JULIUS. Among the notable women from this family were Julia Augusta (also known as Livia Drusilla), the wife of Emperor Augustus, and Julia the Elder, the daughter of Augustus and the wife of Tiberius. A person by this name has a brief mention in the New Testament. It was also borne by a few early saints and martyrs, including the patron saint of Corsica. Additionally, Shakespeare used it in his comedy The Two Gentlemen of Verona (1594).It has been common as a given name in the English-speaking world only since the 18th century. A famous modern bearer is American actress Julia Roberts (1967-). 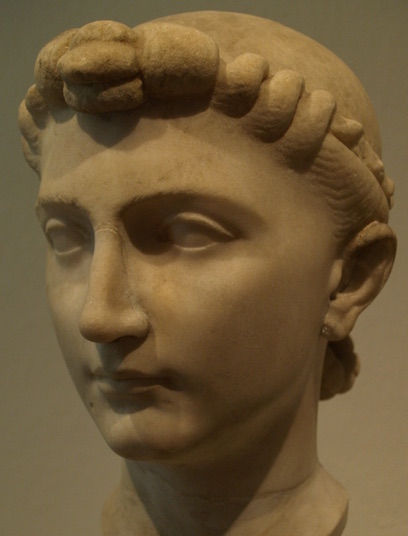 Bust of Julia the Elder ©