From the Roman family name Paulus, which meant "small" or "humble" in Latin. Paul was an important leader of the early Christian church. According to Acts in the New Testament, he was a Jewish Roman citizen who converted to Christianity after the resurrected Jesus appeared to him. After this he travelled the eastern Mediterranean as a missionary. His original Hebrew name was Saul. Many of the epistles in the New Testament were authored by him.Due to the renown of Saint Paul the name became common among early Christians. It was borne by a number of other early saints and six popes. In England it was relatively rare during the Middle Ages, but became more frequent beginning in the 17th century. A notable bearer was the American Revolutionary War figure Paul Revere (1735-1818), who warned of the advance of the British army. Famous bearers in the art world include the French impressionists Paul Cezanne (1839-1906) and Paul Gauguin (1848-1903), and the Swiss expressionist Paul Klee (1879-1940). It is borne by British musician Paul McCartney (1942-). This is also the name of the legendary American lumberjack Paul Bunyan. 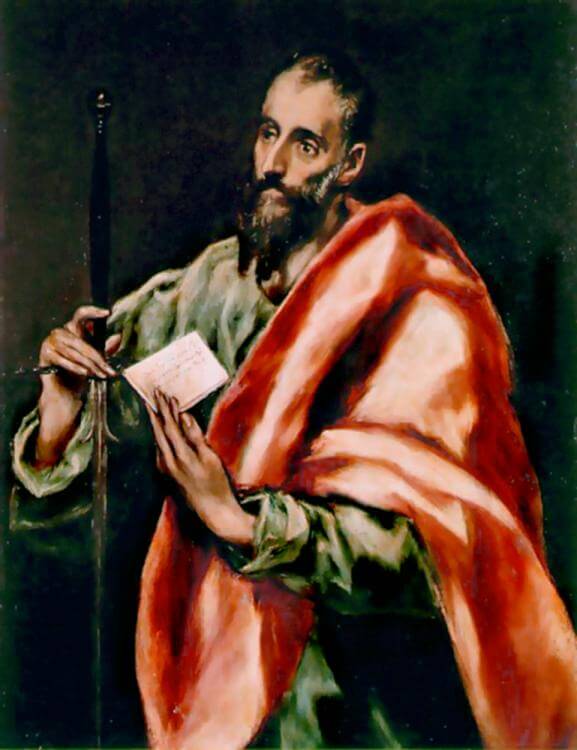