Means "wisdom" in Greek. This was the name of an early, probably mythical, saint who died of grief after her three daughters were martyred during the reign of the emperor Hadrian. Legends about her probably arose as a result of a medieval misunderstanding of the phrase Hagia Sophia "Holy Wisdom", which is the name of a large basilica in Constantinople.This name was common among continental European royalty during the Middle Ages, and it was popularized in Britain by the German House of Hanover when they inherited the British throne in the 18th century. It was the name of characters in the novels Tom Jones (1749) by Henry Fielding and The Vicar of Wakefield (1766) by Oliver Goldsmith.In the United States this name was only moderately common until the 1990s when it began rising in popularity, eventually becoming the most popular for girls from 2011 to 2013. A famous bearer is the Italian actress Sophia Loren (1934-). 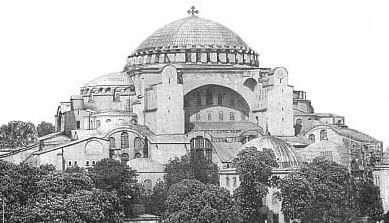