Feminine form of the Late Latin name Clarus, which meant "clear, bright, famous". The name Clarus was borne by a few early saints. The feminine form was popularized by the 13th-century Saint Clare of Assisi (called Chiara in Italian), a friend and follower of Saint Francis, who left her wealthy family to found the order of nuns known as the Poor Clares. As an English name it has been in use since the Middle Ages, originally in the form Clare, though the Latinate spelling Clara became more popular in the 19th century. 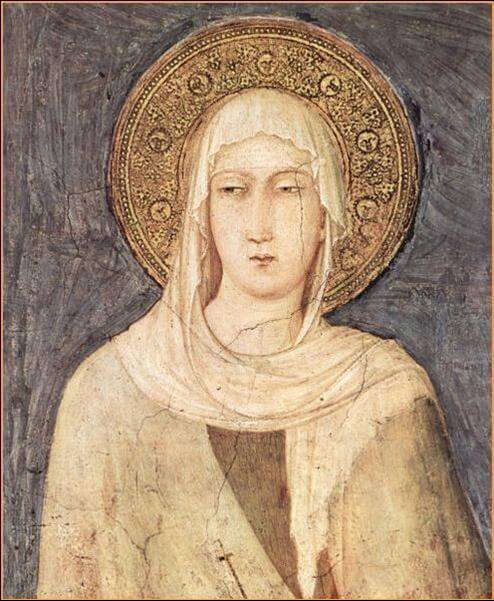 Depiction of Saint Clare from a fresco in Assisi