Anglicized form of the Irish name Caoimhín meaning "handsome birth", derived from the older Cóemgein, composed of the Old Irish elements cóem "kind, gentle, handsome" and gein "birth". Saint Caoimhín established a monastery in Glendalough, Ireland in the 6th century and is the patron saint of Dublin. It became popular in the English-speaking world outside of Ireland in the middle of the 20th century, and elsewhere in Europe in the late 20th century. 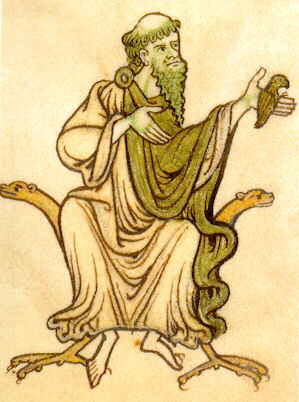 9th- or 10th-century depiction of Saint Caoimhín of Glendalough