From the Greek name Φίλιππος (Philippos) meaning "friend of horses", composed of the elements φίλος (philos) meaning "friend, lover" and ἵππος (hippos) meaning "horse". This was the name of five kings of Macedon, including Philip II the father of Alexander the Great. The name appears in the New Testament belonging to two people who are regarded as saints. First, one of the twelve apostles, and second, an early figure in the Christian church known as Philip the Deacon.This name was initially more common among Eastern Christians, though it came to the West by the Middle Ages. It was borne by six kings of France and five kings of Spain. It was regularly used in England during the Middle Ages, although the Spanish king Philip II, who attempted an invasion of England, helped make it less common by the 17th century. It was revived in the English-speaking world in the 19th century. Famous bearers include the Elizabethan courtier and poet Sir Philip Sidney (1554-1586) and the American science fiction novelist Philip K. Dick (1928-1982). 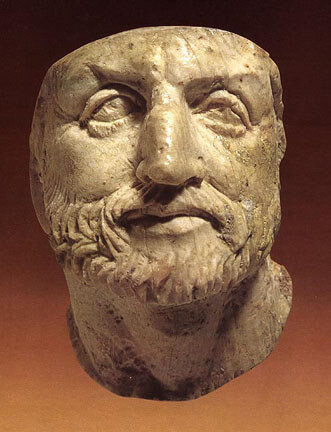 Bust of Philip II of Macedon