From a Hebrew name that was derived from the Hebrew word רְעוּת (re'ut) meaning "friend". This is the name of the central character in the Book of Ruth in the Old Testament. She was a Moabite woman who accompanied her mother-in-law Naomi back to Bethlehem after Ruth's husband died. There she met and married Boaz. She was an ancestor of King David.As a Christian name, Ruth has been in use since the Protestant Reformation. It became very popular in America following the birth of "Baby" Ruth Cleveland (1891-1904), the daughter of President Grover Cleveland. 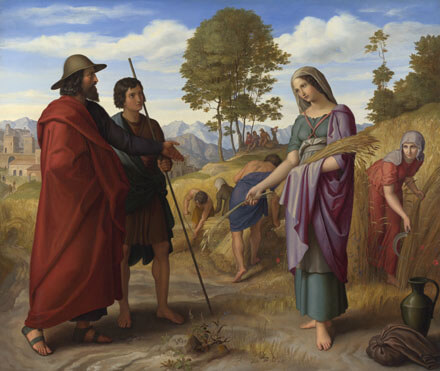