Latinized form of the Greek name Ἁγνή (Hagne), derived from Greek ἁγνός (hagnos) meaning "chaste". Saint Agnes was a virgin martyred during the persecutions of the Roman emperor Diocletian. The name became associated with Latin agnus "lamb", resulting in the saint's frequent depiction with a lamb by her side. Due to her renown, the name became common in Christian Europe.As an English name it was highly popular from the Middle Ages until the 17th century. It was revived in the 19th century and was common into the 20th, but it fell into decline after the 1930s. It last appeared on the American top 1000 rankings in 1972. 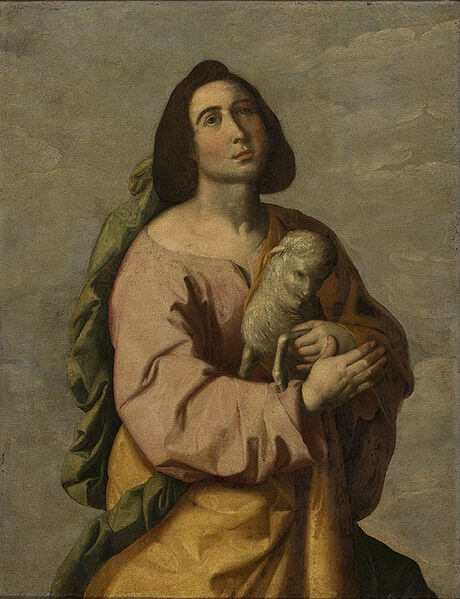