Newer form of the old Slavic name Іѡаннъ (Ioannu), which was derived from Greek Ioannes (see JOHN). This was the name of six Russian rulers, including the 15th-century Ivan III the Great and 16th-century Ivan IV the Terrible, the first tsar of Russia. It was also borne by nine emperors of Bulgaria. Other notable bearers include the Russian author Ivan Turgenev (1818-1883), who wrote Fathers and Sons, and the Russian physiologist Ivan Pavlov (1849-1936), who is best known for his discovery of the conditioned reflex. 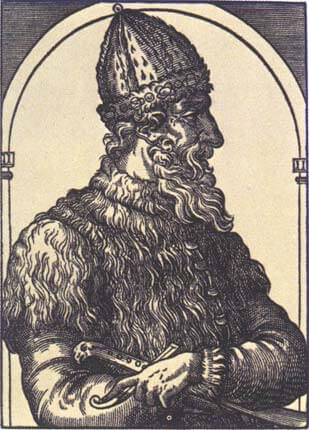 Depiction of Ivan the Great of Russia