Form of Channah (see HANNAH) used in the Greek and Latin Old Testament. Many later Old Testament translations, including the English, use the Hannah spelling instead of Anna. The name appears briefly in the New Testament belonging to a prophetess who recognized Jesus as the Messiah. It was a popular name in the Byzantine Empire from an early date, and in the Middle Ages it became common among Western Christians due to veneration of Saint Anna (usually known as Saint Anne in English), the name traditionally assigned to the mother of the Virgin Mary.In England, this Latin form has been used alongside the vernacular forms Ann and Anne since the late Middle Ages. Anna is currently the most common of these spellings in all English-speaking countries (since the 1970s), however the biblical form Hannah is presently more popular than all three.The name was borne by several Russian royals, including an 18th-century empress of Russia. It is also the name of the main character in Leo Tolstoy's novel Anna Karenina (1877), about a married aristocrat who begins an ultimately tragic relationship with Count Vronsky. 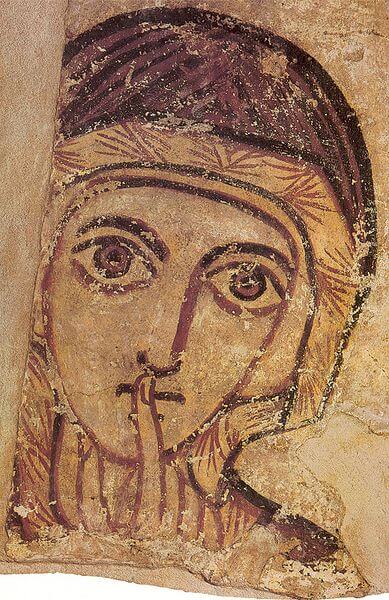 Depiction of Saint Anna (a.k.a. Anne) from the 8th century